On a recent Wednesday, after a rough day, Ross informed me that on Saturday we would be going on our second date of our date night challenge. I was, first, surprised he remembered anything about it, and second, excited to see what he would come up with. He worked hard to keep it a secret. This was hard for me because I didn’t know what to wear!! I had several options and he gave me a few hints, like being a sweatshirt for the first part and something nice for the second. He also said to bring something to swear in, but we didn’t end up getting to that party of his date.

So here’s what I ended up wearing! Thank you Sarah and the other gals at Maurice’s for your help. 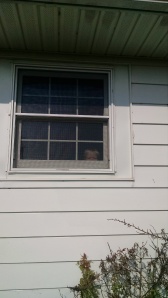 Someone was not to thrilled to see mom & dad leave!

So my first hint was “bring a sweatshirt,” and I actually guessed this one. This was a big give away because I’m always hot. I guessed right too! We went to Niagara Cave in Harmony, Minnesota. I’d never been and it was very fun!! When we arrived there was a twenty minute wait until the next you time. So we night a bag of sand to sift like we were gold diggers. Yes, this might have been something created for children. No, I don’t care. Yes, it was awesome. 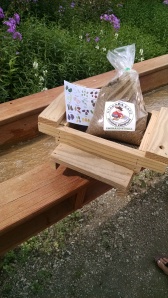 We found some very cool some that i hope to make into some jewelry. Then we went on our tour which was very neat. We saw all kinds of stalactites and even some stalagmites! The tour was an hour long with 250 stairs down. But it didn’t feel like that long. This is definitely a place I’ll go back to and would like to take my family. 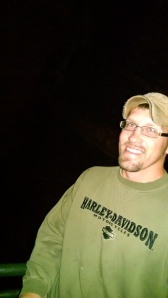 The cave was full of interesting formations! And the gift shop had some fun stuff too 🙂 Last picture is my man in a cave… can’t you tell?

Ross told me that our second stop was paid for we needed to be there on time. I had no idea what was up his sleeve. I also didn’t know the area were in so I couldn’t even get clues from the direction we were traveling. After about 20 minutes we arrived in Lanesboro, MN. This is a small town known for its great bike trails and bed & breakfast’s. It also has a wonderful little theater! The Commonweal Theater was such an awesome surprise. I love going to the theater but Ross has never been much. This completely blew me away!! I was so excited! We saw a play called “Arsenic and Old Lace.” It was a very funny play about two old ladies who murder unsuspecting visitors, and their three nephews who are each a bit crazier then the last. The acting was fabulous! And the theater itself was very cool. Ross and I both said we will be going back and are even going to look at season tickets! I highly recommend you all check it out.

We finished are day with lunch at a local diner and a quick walk through the down town.

It was a perfect date with my amazing husband. Thank you Ross for treating me to such treats!